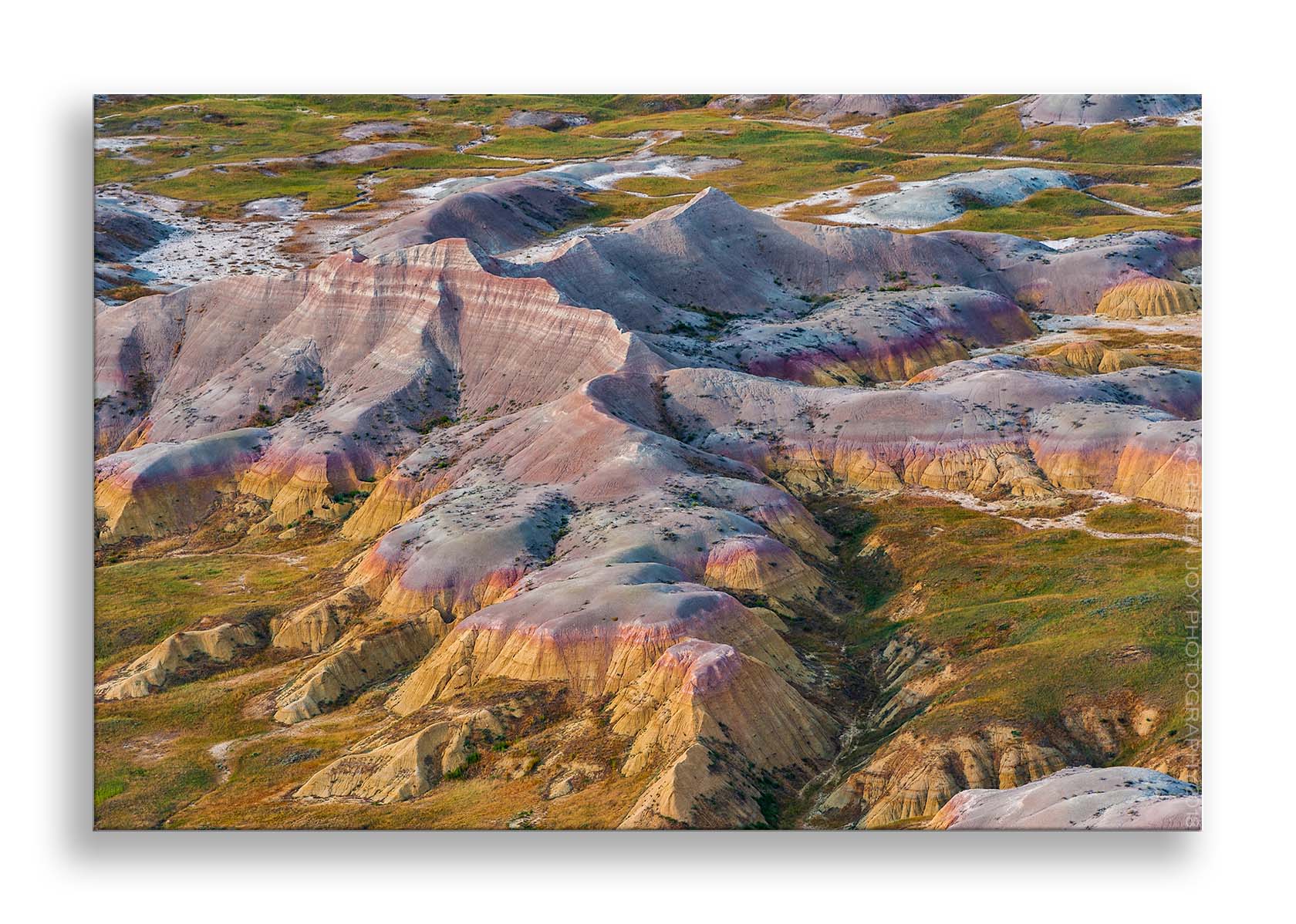 Do you remember the first time you flew in an airplane? I was 18 on a flight from Chicago to Denver for my grandparents 50th anniversary party in Steamboat Springs, CO, the end of December. To this day I’m still baffled by the location since they’ve lived in Florida for going on 30 years.

I was fortunate to have a window seat on this first flight and it was a most exhilarating experience. Since then, I’ve flown almost every year, at least once. Flying on a commercial airplane is a thrill but when one has flown in a two seated Piper Cub over South Dakota’s Badlands National Park, the exhilaration takes on an entirely new form. This aerial trip took place a year and a half ago and I’ve finally gotten around to the rest of the photos from the trip.

I have a healthy fear of heights but I can work up to it with the encouragement of others (rock/ice climbing and rappelling in Ontario, Canada, ’04-’05 taught me that). Someday I wish to try hang gliding, even if it’s only as a passenger and never solo.

Back to the Piper Cub, two seated plane, and this one had seats one behind the other. The point of this trip was to photograph the Badlands and in order to photograph from a plane, the windows have to be open.

While we were flying, the pilot opened the windows so I could have a clear view for photographing. Much of the time, we were not simply flying parallel with the earth. In order to get some of the shots I wanted, we flew perpendicular, held in with a seat belt. Talk about exhilarating! Soaring over the Badlands, windows open, camera sticking out as far as I would dare and my body positioned head down straight towards the earth. What a rush!

Wind Sculpting in the Snow

My Rendition of the 2017 Eclipse