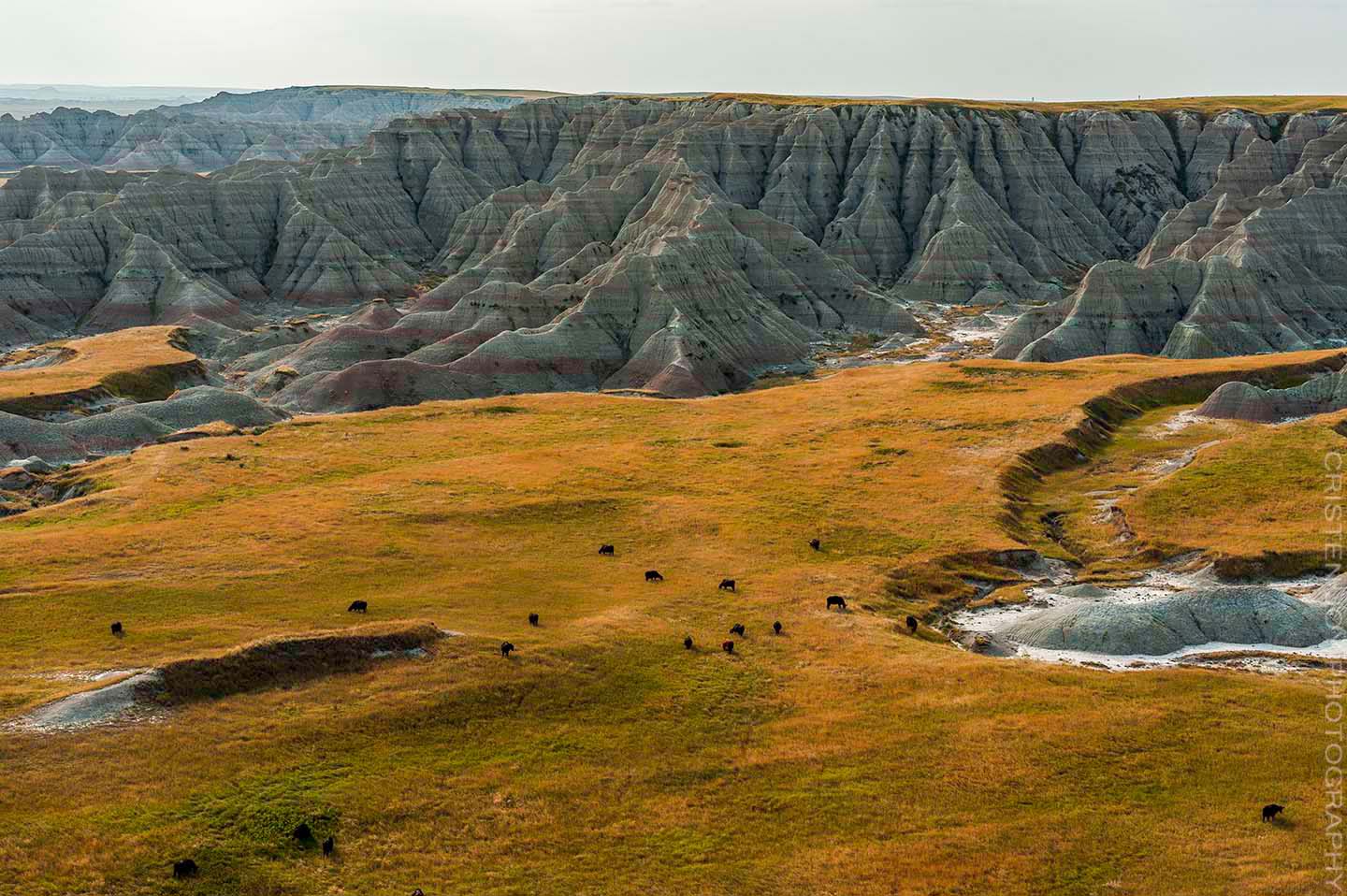 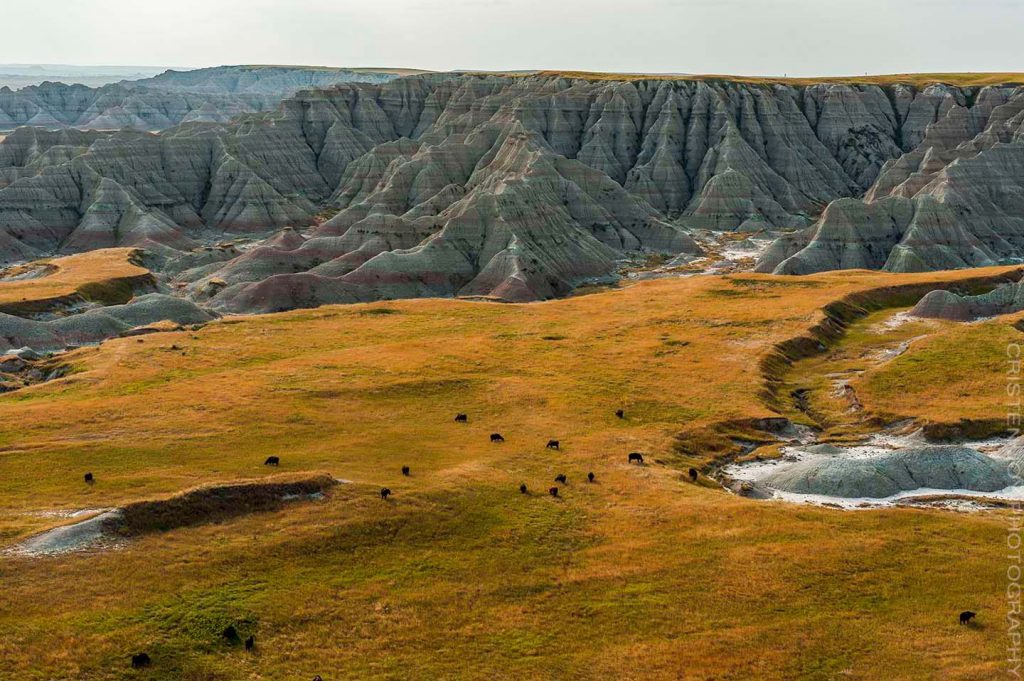 It has been a long time desire of mine to soar over the Badlands in a small plane. Several months ago a friend shared with me about an opportunity I might have to do just that!

On August 21, I met a local pilot at the Kadoka airport. I debated on waiting a few weeks to see if the haze from the smoke out west would clear, but it worked for the pilot to meet that day and he seemed up for trying out several aerial shoots. I figured this would be a good practice run. We flew for a total of two hours and though I don’t normally experience nausea while flying, by the time we landed back in Kadoka I was pretty white. He said all the looking down for that long will do it, and I’m not the only one.

Aside from this amazing opportunity, I’d just recently purchased Nikon’s 70-200mm f/2.8. What an incredible first shoot to use it on!

As this was an chance to not only use my new lens, but become familiar with aerial photography, I returned home with many wonderful photographs as well as much more to learn. Now that the haze has lifted, I’m dying to go back up again!

I wasn’t entirely sure how long it would take to get to the Badlands from Kadoka as the Piper Cub isn’t incredibly fast. The white hazy light wasn’t ideal, but I chose to look past that and enjoy the trip nonetheless. With the window open, held in the plane by a seat belt, this is the beginnings of what I discovered. I will share this in several parts as there are several locations I want to highlight and not make one very long blog post. 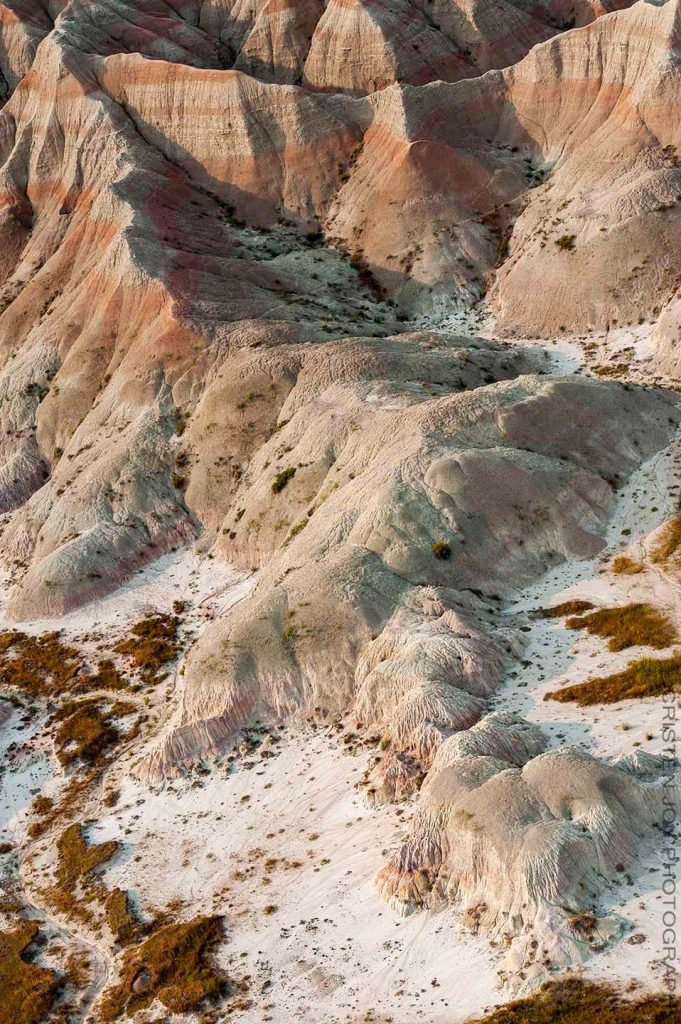 The contrast from the prairie to the drop off of Badlands is beautiful! 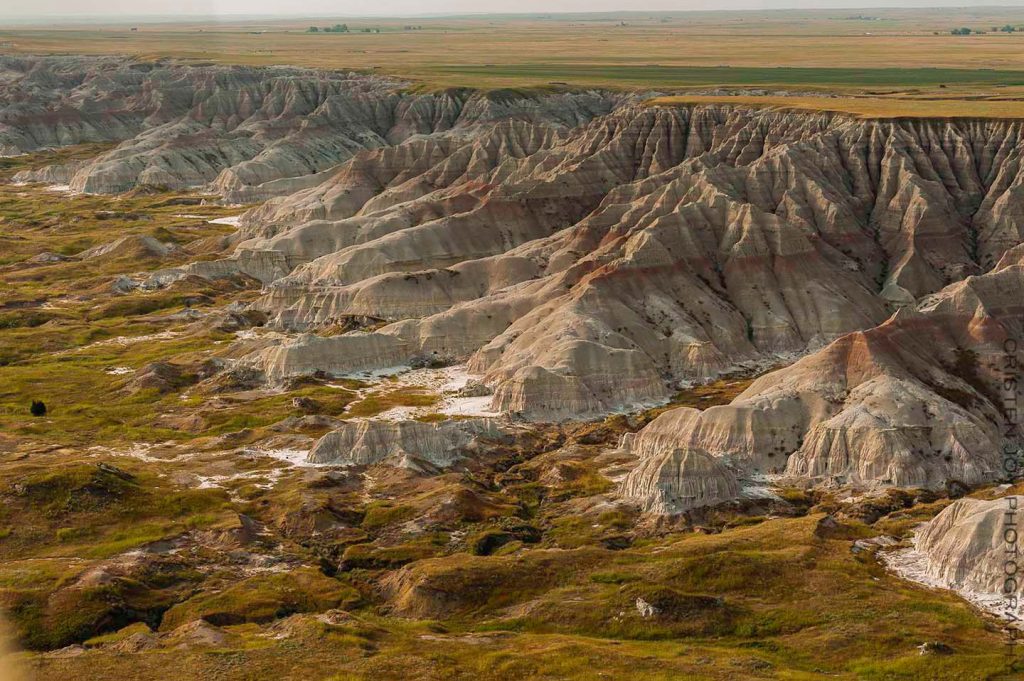 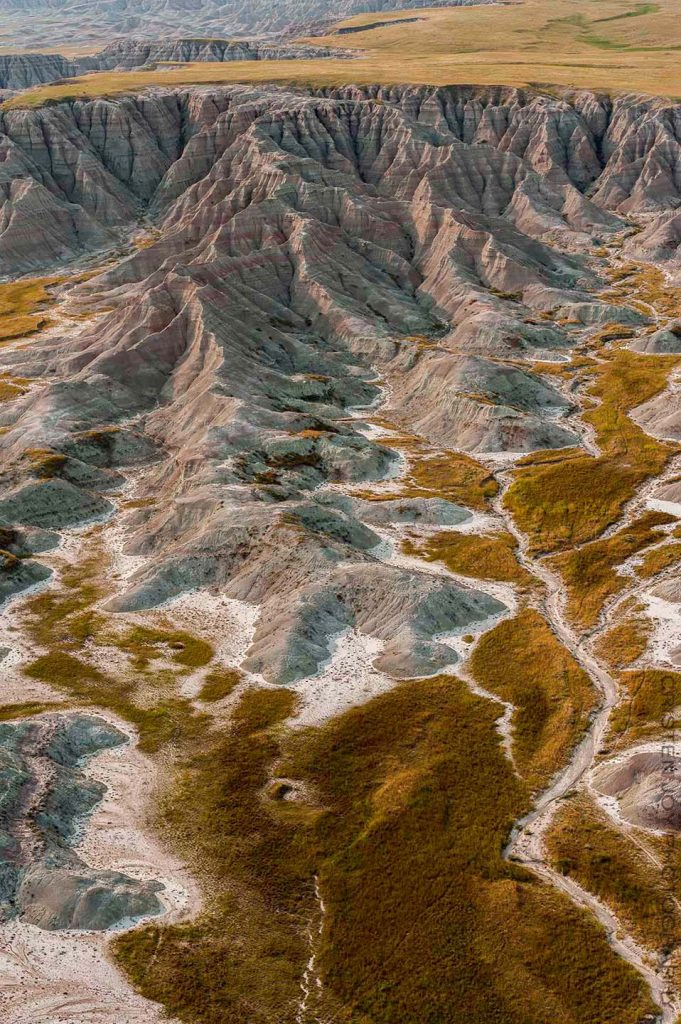 Approaching the road through the park on the southern side and Saddleback Pass. 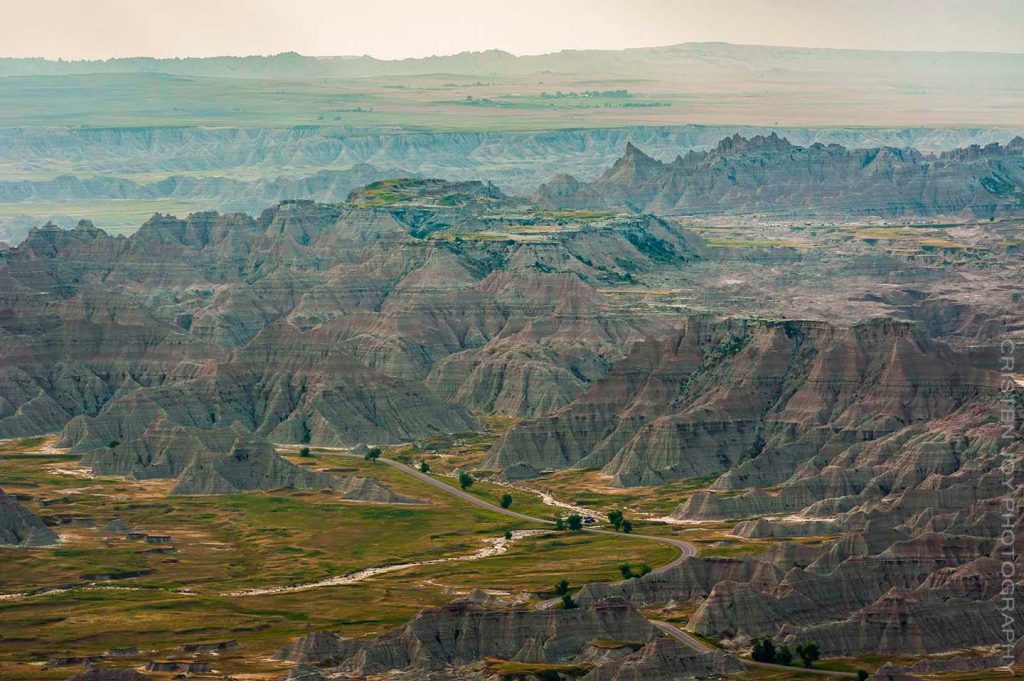 Another view of Saddleback Pass. I’ve hiked to the top of one of the high pinnacles near the top of the pass and it feels so intimidating. From the air, it blends in and looks oh so small. 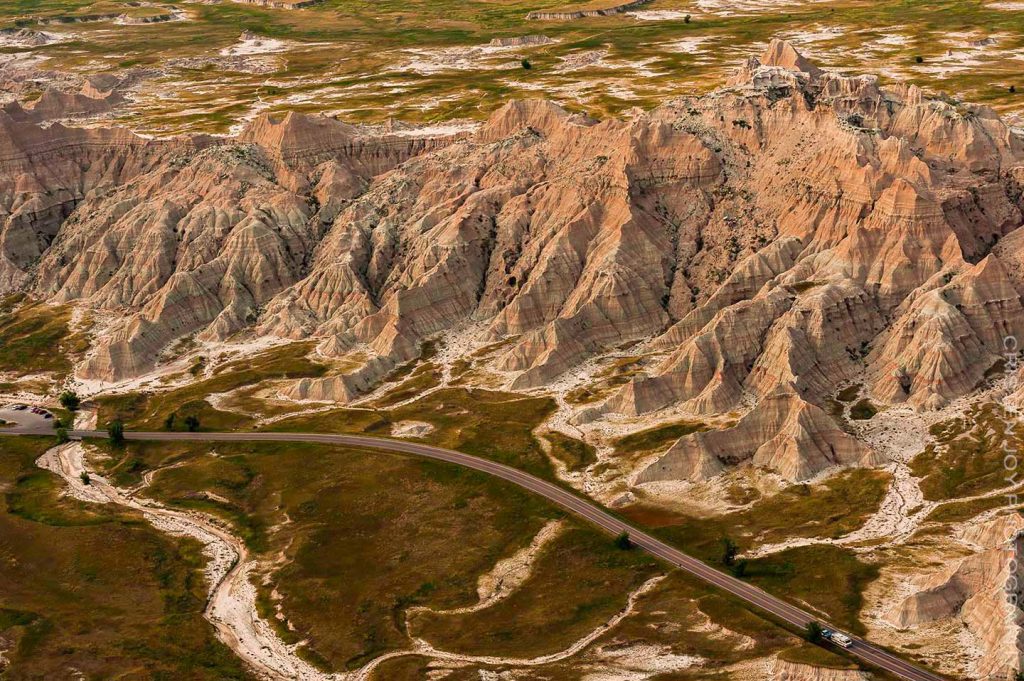 The sun peaked out, dropping rays of light and giving some contrast to the otherwise hazy sky. 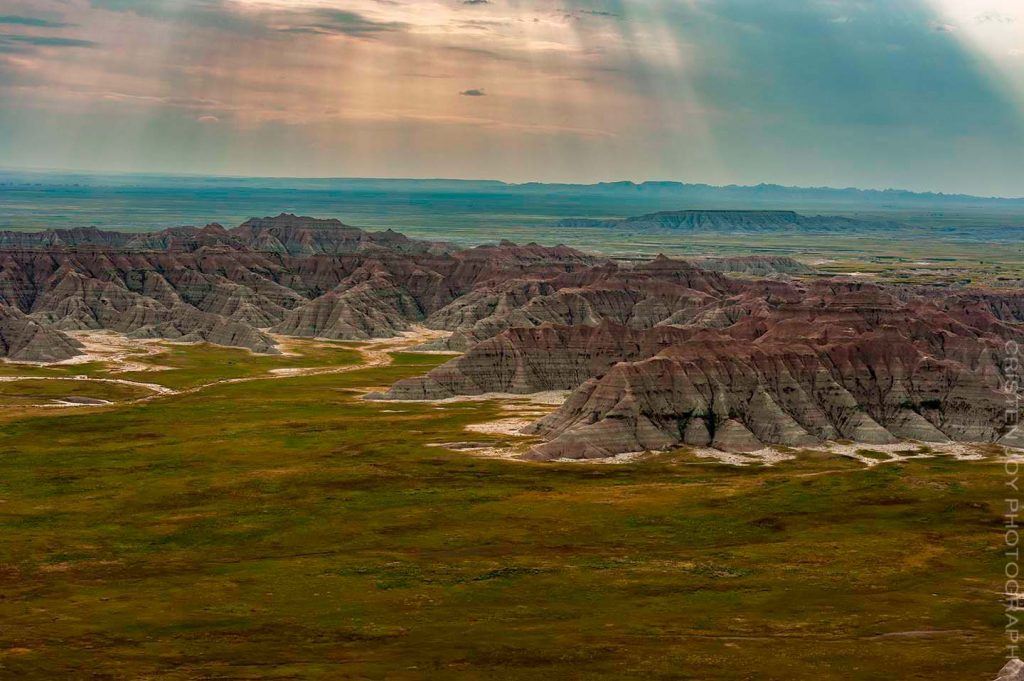 We came across several grass plateaus. I’m not sure they could even be accessed other than by air, but I sure wouldn’t mind trying on foot! 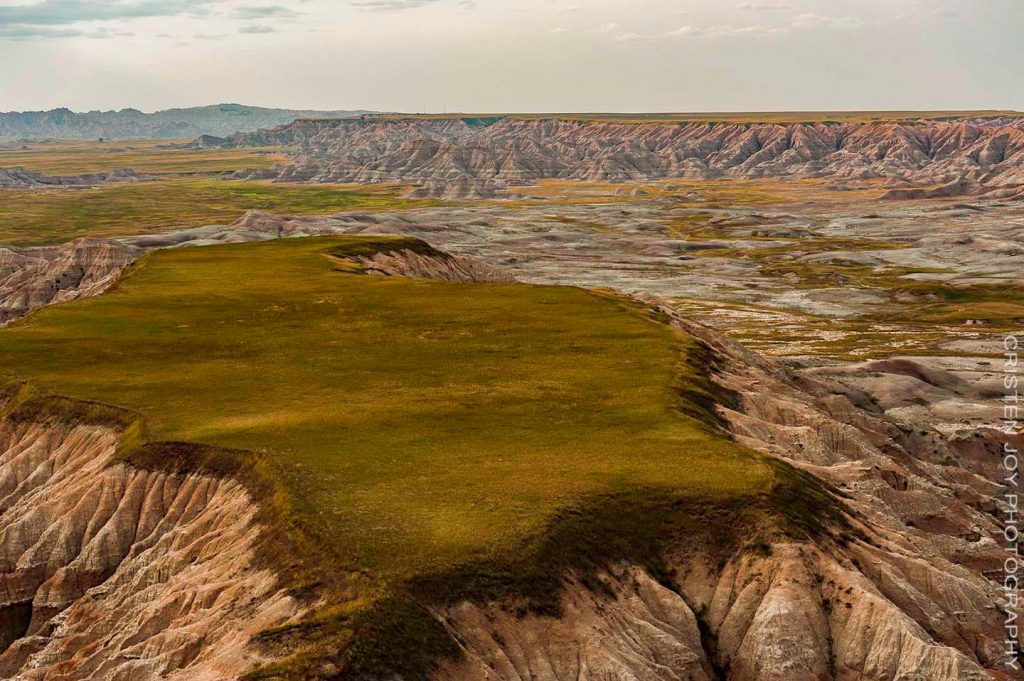 Stay tuned for the Yellow Mounds and Buffalo sightings!